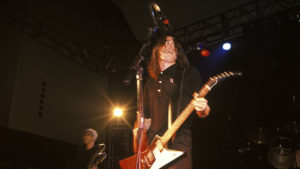 Foo Fighters circa 1995; Mick Hutson/RedfernsFoo Fighters are bringing back a t-shirt from the band’s inaugural tour in 1995 to raise money for independent music venues amid the COVID-19 pandemic. The sage-green shirt commemorates the Foos’ February 1995 show at the Jambalaya Club in Arcata, California with the date, city and venue printed on the […] Read More 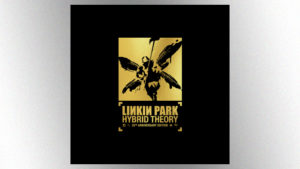 Warner RecordsAfter a week of teasing, we now know what Linkin Park‘s “secret project” is: a 20th anniversary Hybrid Theory reissue. The massive collection, due out October 9, consists of five CDs, three DVDs and three vinyl LPs. The CDs include the original Hybrid Theory and its 2002 companion remix album Reanimation, plus B-sides, demos, […] Read More 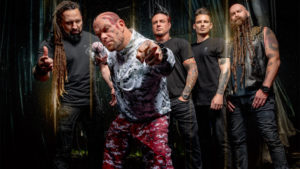 A Five Finger Death Punch movie is in the works

Credit: Stephen Jensen Prepare yourself for a world in a which a Five Finger Death Punch movie exists. According to guitarist Zoltan Bathory, a film about the Las Vegas metallers is among the many projects he’s been working on while quarantining amid the COVID-19 pandemic. “We just built a Death Punch app, which is in […] Read More 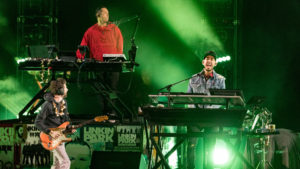 Christopher Polk/Getty ImagesWe’re “One Step Closer” to finding out about Linkin Park‘s “secret project”: the band will be making an “announcement” Thursday. Over the weekend, LP relaunched their website with a retro, Hybrid Theory-themed browser in anticipation of the hit album’s upcoming 20th anniversary this fall. Scattered throughout the site are late ’90s/early 2000s-era computer […] Read More 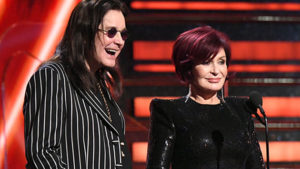 Upcoming Ozzy Osbourne biopic will be an "adult movie for adults"

Jeff Kravitz/FilmMagicOzzy and Sharon Osbourne have shared more info about their upcoming biopic, which will detail the couple’s relationship. Speaking to Rolling Stone, Sharon reveals that she wants the movie to be “a lot more real” than other recent rock biopics. For example, she dubs the Queen movie Bohemian Rhapsody as a “Hallmark rock movie.” […] Read More 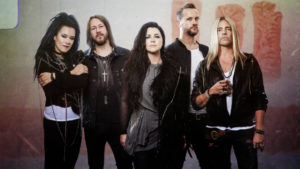 Credit: P.R. BrownEvanescence‘s upcoming single, “Use My Voice,” will include a whole lot of voices. In an Instagram post teasing the song’s arrival, Amy Lee and company reveal that “Use My Voice” will feature guest vocals from Halestorm‘s Lzzy Hale and Taylor Momsen of The Pretty Reckless, as well as violinist and songwriter Lindsey Stirling, […] Read More 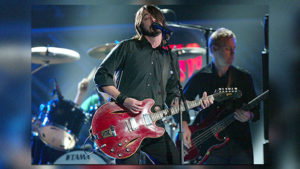 Dave Grohl of Foo Fighters plays his 1967 Trini Lopez signature guitar at the 2004 Grammy Awards; Frank Micelotta/Getty ImagesMusician and actor Trini Lopez died Tuesday at age 83 from COVID-19 complications, The New York Times reports. In addition to notching hits with songs including “If I Had a Hammer” and “Lemon Tree” and starring […] Read More 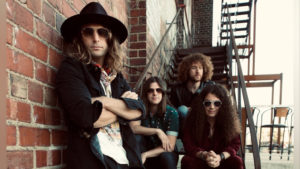 Dirty Honey frontman feels "so excited" about new material: "It's got everything"

Courtesy of Dirty HoneyDirty Honey has been writing new music to follow the band’s 2019 self-titled EP, which spawned the breakout singles “When I’m Gone” and “Rolling 7s.” Speaking to ABC Audio, frontman Marc LaBelle reveals he’s “so excited” about the upcoming material. “We have, like, nine or 10 tracks pretty much all ready to […] Read More 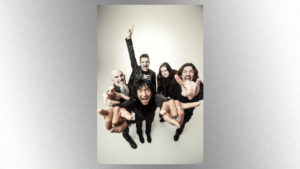 Anthrax drummer reflects on 'Married…with Children' cameo: "It was one of the greatest weeks of my life"

Credit: Travis ShinnAnthrax 1990 album Persistence of Time spawned a number of career milestones for the band, including touring with Iron Maiden and collaborating with Public Enemy. But perhaps the most unique thing that happened during the Persistence of Time cycle was Anthrax’s guest-starring appearance on the TV show Married…with Children. The thrash metallers appeared […] Read More 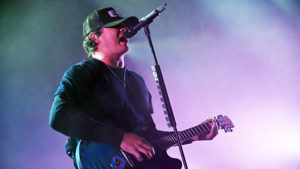