Anthrax drummer reflects on 'Married...with Children' cameo: "It was one of the greatest weeks of my life" - KBear 101 - Idaho's Only Rock Station

Anthrax drummer reflects on 'Married…with Children' cameo: "It was one of the greatest weeks of my life" 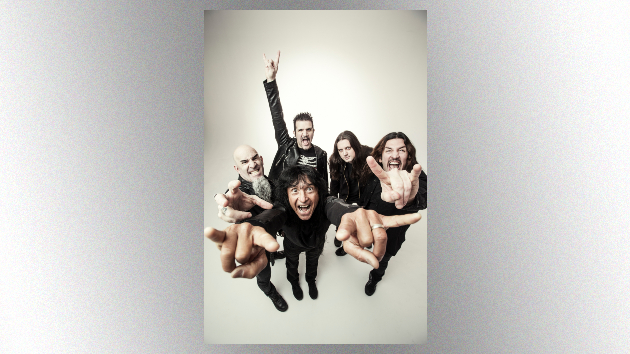 Credit: Travis ShinnAnthrax 1990 album Persistence of Time spawned a number of career milestones for the band, including touring with Iron Maiden and collaborating with Public Enemy. But perhaps the most unique thing that happened during the Persistence of Time cycle was Anthrax’s guest-starring appearance on the TV show Married…with Children.

The thrash metallers appeared on the 1992 episode fittingly titled “My Dinner with Anthrax.” In the episode, the Bundy kids Kelly and Bud win a contest to have the band come over for dinner at their house. Shenanigans and mishaps ensue.

“It was one of the greatest weeks of my life,” Benante proclaims. He also shares how the producers were less-than happy when actor David Faustino, who played Bud, got into work late the morning after the band took him to see Metallica the night before.

Anthrax is also celebrating Persistence of Time‘s 30th anniversary with a deluxe reissue, which will be released August 21.