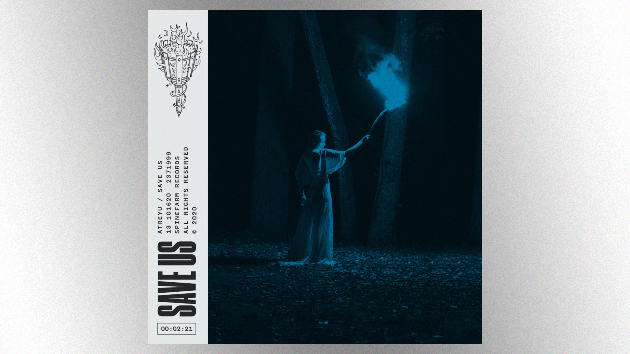 Spinefarm RecordsFollowing the departure of vocalist and founding member Alex Varkatzas, Atreyu has premiered a new song called “Save Us.”

“‘Save Us’ is not only a reflection of where we are musically, but also a mirror to the world in this ominous moment in time,” Atreyu says in a statement. “We chose to pair the powerful message with one of the heavier songs we’ve ever written.”

“This song feels like the anthem that we all need right now,” the band adds. “To us, it’s a call to action to light the fire in ourselves. We can begin to make great change — but only if we look inside first.”

You can download “Save Us,” which is the first single from Atreyu’s upcoming eighth studio album, now via digital outlets.

“Save Us” also gives us our first preview of the new Atreyu lineup, which finds drummer and co-vocalist Brandon Saller leaving the kit behind and becoming the band’s full-time singer. Meanwhile, bassist Porter McKnight will contribute unclean vocals, which had been previously handled by Varkatzas, and new member Kyle Rosa joins as the drummer.

Varkatzas announced his departure from Atreyu in September, and is working on new music of his own.