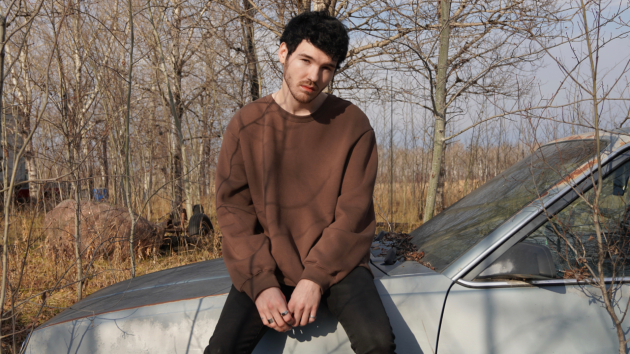 Credit: Marlon LaForteIn 2019, a young artist by the name of Goody Grace collaborated with Blink-182 on a single called “Scumbag.” The track now appears on the debut full-length Goody Grace album, Don’t Forget Where You Came From, which dropped in February.

Speaking to ABC Audio, Goody shares that working on “Scumbag” with Blink “meant the world” to him.

“Blink-182’s continuously changed my life,” he says. “When I was four or five, my brother gave me a Walkman, and the only tape I owned was Enema of the State. Then when I started playing guitar, I was just trying to learn every [Blink] riff.”

Grace first hooked up with Blink when he caught the ear of drummer Travis Barker, who sent him a DM inviting him to open for the trio.

“Me and Travis then started working on music, and one thing led to another, and ‘Scumbag’ kind of fell into place,” Goody explains. “They’ve just been so good to me.”

Goody adds that he’s “so grateful” for Blink’s support.

“They’re as cool as I dreamt they would be when I was a six-year-old watching their videos,” he laughs.

In addition to the Blink collab, Don’t Forget Where You Came From also features guest spots from artists including Burna Boy, G-Eazy, Juicy J and the band Cigarettes After Sex — a diverse group that reflects the overall message of the nostalgia-drenched album, which reflects what it feels like to leave your hometown.

“A lot of the sounds are reminiscent of the music I grew up on,” Goody says. “So it’s also ‘don’t forget where I came from’ in a way of the music that inspired me to even start creating music.”