Corey Taylor feels "a little terrified" releasing his debut solo album: "There's nobody for me to hide behind!" - KBear 101 - Idaho's Only Rock Station

Corey Taylor feels "a little terrified" releasing his debut solo album: "There's nobody for me to hide behind!" 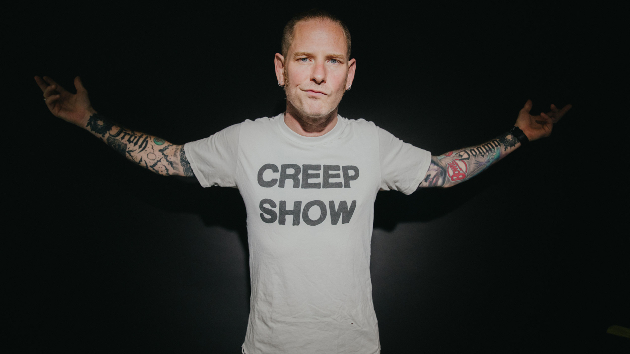 Credit: Ashley OsbornAt long last, Corey Taylor will release his debut solo album, CMFT, this fall. Speaking to Kerrang!, the Slipknot and Stone Sour frontman admits he’s “a little terrified” of finally striking it out on his own.

“I was talking to my wife about this the other day — I was like, ‘F***! There’s nobody for me to hide behind!'” Taylor says. “It’s easy to take risks when you have the benefit of a well-established name — and by that, I mean the bands that I’ve been in for 20 years.”

Despite his apprehension, Taylor is confident that listeners will approach CMFT with an open mind.

“I’ve never sequestered myself to one corner of the genre; I’ve never allowed myself to be painted into a corner,” Taylor says. “And, I think because of that, people’s minds are a lot more open when they hear that I’m putting something out.”

“[Listeners are] gonna come into it with this mindset of, ‘Okay, I don’t know what the f*** I’m about to hear — this should be interesting,'” he continues. “I think by doing that, that really sets the tone for your career.”

As for what he hopes people will come away with after hearing CMFT, Taylor simply says, “A smile.”

“That, to me, is the best sign that an album has really worked: when people will go, ‘God, can you imagine what this is going to sound like when we see it live?'” he adds. “That’s the best compliment you can really have.”

CMFT will be released October 2.