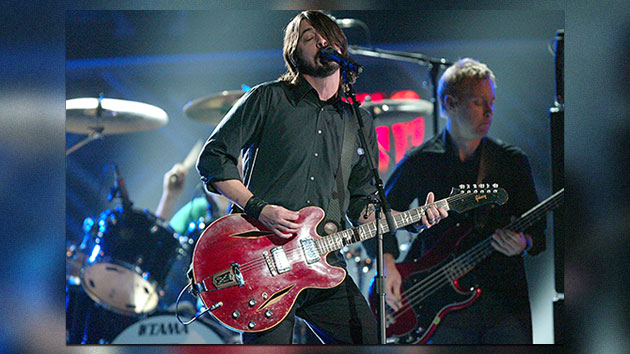 In addition to notching hits with songs including “If I Had a Hammer” and “Lemon Tree” and starring in movies such as The Dirty Dozen, Lopez also teamed up with Gibson for a line of signature guitars, one of which in particular is favored by Dave Grohl.

In a Twitter thread, Grohl shared a tribute to Lopez, and revealed how he impacted the Foo Fighters sound.

“Trini not only left a beautiful musical legacy of his own, but also unknowingly helped shape the sound of the Foo Fighters from day one,” Grohl wrote. He explained that every Foo Fighters album ever made was recorded using his red 1967 Trini Lopez signature guitar.

“It is the sound of our band, and my most prized possession from the day I bought it in 1992,” Grohl added. “Thank you, Trini for all of your contributions. You will be missed by many, remembered by all.”

During Foo Fighters live shows, Grohl often plays his blue Gibson DG-335, which is modeled after the Trini Lopez guitar.