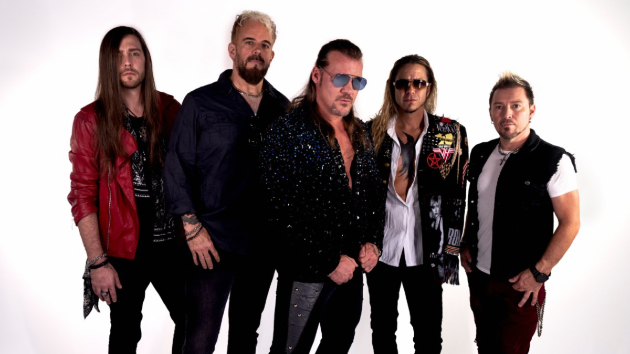 Credit: David AllenFozzy has announced a livestream concert looking back at the touring cycle for the band’s latest album, 2017’s Judas.

The online event will feature the final performance of the Judas tour set list, along with a documentary called Fozzy Across America. The film captures the Judas release day in 2017, during which Fozzy played three different shows in three different time zones to celebrate the album’s arrival.

“We will be coming at you LIVE without a net, to play some kick a** rock n roll for you all!” frontman Chris Jericho says of the stream. “We’re also gonna tell you some fun road stories, have a few drinks and maybe even do some river dancing! So come join us and let’s all celebrate and commemorate the most successful album and tour of Fozzy’s career.”

You can tune in starting November 14 at 9 p.m. ET. For ticket info, visit Fozzy.Veeps.com.