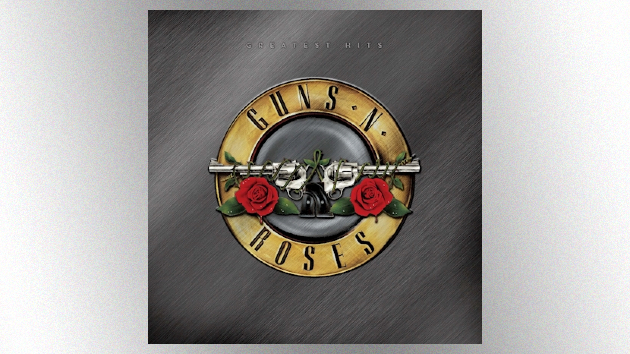 Guns N’ Roses‘ Greatest Hits compilation will be available on vinyl for the first time on September 25, and is available for pre-order now.

Originally released in 2004, the collection includes songs from GN’R’s massive 1987 debut Appetite for Destruction through their 1993 covers album “The Spaghetti Incident?”, plus the group’s version of the Rolling Stones classic “Sympathy for the Devil,” which was recorded for the Interview with the Vampire soundtrack.

The vinyl edition also will feature the 1986 song “Shadow of Your Love,” which was released for the first time as part of the 2018 Appetite reissue box set. Three versions of the two-LP release will be available — a standard black-vinyl edition, a colored-vinyl edition that’s silver with red-and-white splatter, and a picture- disc version available exclusively from the band’s official store.

The Greatest Hits compilation peaked at #3 on the Billboard 200 and has gone on to be certified five-times platinum in the U.S.