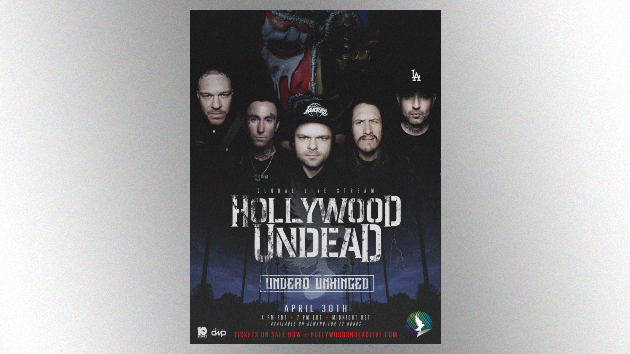 Courtesy Danny Wimmer Presents If you’ve ever wondered what a Hollywood Undead show would like like “unhinged,” then wonder no further.

“This is something we’ve wanted to do for a long time,” says vocalist Charlie Scene. “It’s exciting to take some songs you wrote years ago and play them a new way. As soon as I heard the first note, I knew it was going to be special.”

Tickets are on sale now via HollywoodUndeadLive.com.