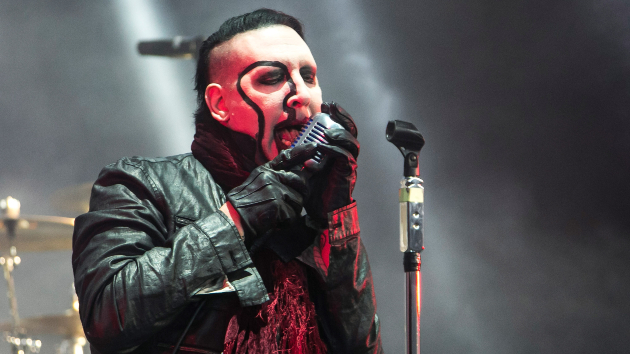 Manson’s ex-fiancee Evan Rachel Wood spoke out on February 1 about the alleged abuse she suffered during their relationship.  Wood was joined by several other women with allegations of their own against the shock rocker.

The statement continued, “The incidents occurred between 2009 and 2011 when Mr. Warner lived in the city of West Hollywood.”

No further information is available at this time.

Once allegations of abuse surfaced against Manson earlier this month, the fallout was quick to follow — with him being dropped by his record label and manager.  In addition, his upcoming episode on the streaming show Creepshow was canned.

Creepshow executive producer Greg Nicotero opened up during Thursday’s Television Critics Association virtual press tour about why the series scrapped the episode, saying, “I found out about it the same time that everybody else did, that particular morning.

Nicotero furthered, “I don’t think there wasn’t a moment we didn’t want to do the right thing and pull the episode.  I don’t think we thought about it more than four seconds.”

“There were some great actors in that episode as well,” he added. “We stand by this decision. We stand by the support that that showed.”

Creepshow, which has been renewed for a third season, airs on the horror streaming service Shudder and on AMC+.