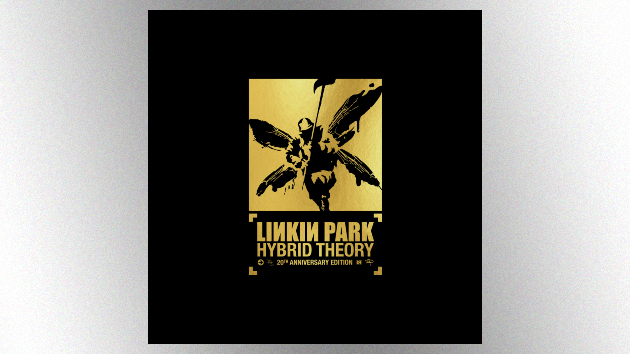 The massive collection, due out October 9, consists of five CDs, three DVDs and three vinyl LPs. The CDs include the original Hybrid Theory and its 2002 companion remix album Reanimation, plus B-sides, demos, and tracks previously available exclusively through Linkin Park Underground fan club.

You can download a demo of the previously unreleased song “She Couldn’t” now via digital outlets.

The DVDs boast over 95 minutes of previously unseen footage from live performances, backstage and interviews during the Hybrid Theory era. As for the LPs, you’ll find vinyl versions of Hybrid Theory and Reanimation. Also included is the six track Hybrid Theory EP, which has never before been released on vinyl.

Along with all the music and footage, the Hybrid Theory reissue includes an 80-page illustrated book, as well as various memorabilia such as a replica tour laminate, a poster of the late Chester Bennington, and additional artwork.

“It’s incredible to think it’s been 20 years since Hybrid Theory was released,” LP says. “All gratitude to our fans who made this epic journey we started 20 years ago possible. We dedicate our music to you. We rededicate our Hybrid Theory to you.”