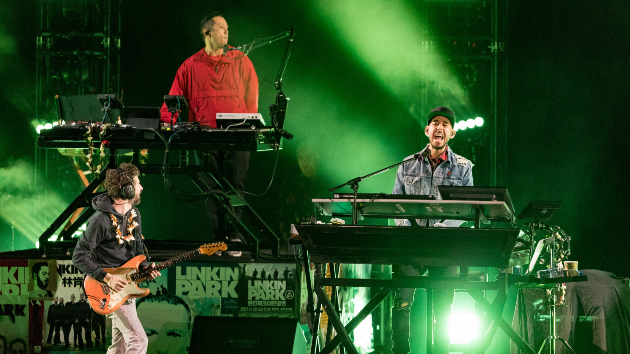 Christopher Polk/Getty ImagesWe’re “One Step Closer” to finding out about Linkin Park‘s “secret project”: the band will be making an “announcement” Thursday.

Over the weekend, LP relaunched their website with a retro, Hybrid Theory-themed browser in anticipation of the hit album’s upcoming 20th anniversary this fall. Scattered throughout the site are late ’90s/early 2000s-era computer icons, including one labeled “MailNet Client.” If you click on that, you’ll find an email conversation between the band members regarding a “secret project.”

On Wednesday, the MailNet Client was updated with a new message from tuntablist Joe Hahn.

“Hey guys, I think we’re all set,” Hahn writes. “Let’s drop the announcement tomorrow at 7 am PST via WebMeeting.”

Incidentally, one of the icons on LinkinPark.com is labeled “WebMeeeting,” so it’s probably a good idea to check that out Thursday morning.