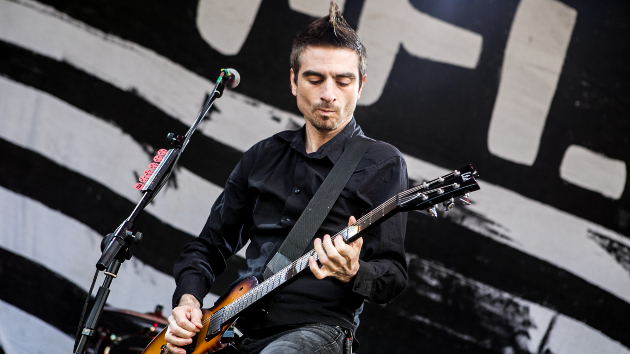 Mike Lewis Photography/Redferns via Getty ImagesTom Morello and Rise Against frontman Tim McIlrath are featured in a new documentary about the long-running punk band Anti-Flag.

The film is called Beyond Barricades: The Story of Anti-Flag, and will premiere October 3 via AntiFlag.Veeps.com. You can watch the trailer streaming now on YouTube.

Speaking in the trailer about seeing Anti-Flag live, Morello says, “I was just blown away by the unapologetic, political ferocity of the show.”