Upcoming Ozzy Osbourne biopic will be an "adult movie for adults" 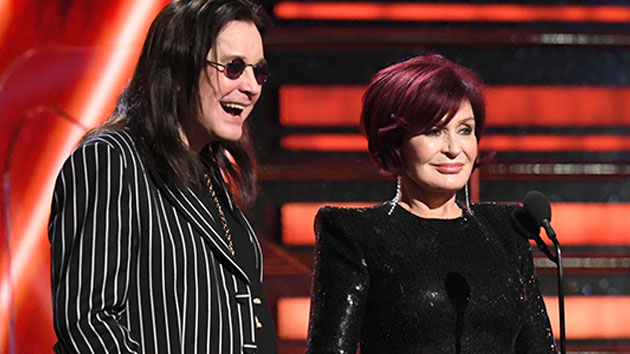 Jeff Kravitz/FilmMagicOzzy and Sharon Osbourne have shared more info about their upcoming biopic, which will detail the couple’s relationship.

Speaking to Rolling Stone, Sharon reveals that she wants the movie to be “a lot more real” than other recent rock biopics. For example, she dubs the Queen movie Bohemian Rhapsody as a “Hallmark rock movie.”

“I get why they did that, because it was for a younger generation,” Sharon says of Bohemian Rhapsody. “It was squeaky clean. It was, ‘Those songs will live forever,’ and it turned a whole generation onto Queen’s music that had never heard before. So with that, it was phenomenal. But I don’t think it was a great movie.”

“We don’t want it to be squeaky, shiny clean and all of that,” Sharon says of the Ozzy film. “We’re not making it for kids. It’s an adult movie for adults.”

According to Ozzy and Sharon’s son Jack, whose production company is handling the project, the film “is an active development,” and a writer is on board.

As for who will play Ozzy, the Prince of Darkness hasn’t thought about that too much.  “Sharon wants to get an unknown actor,” he says.

While you wait for the biopic to come together, you can catch Ozzy, Sharon and Jack on the paranormal reality series The Osbournes Want to Believe, which airs Sundays on the Travel Channel. Additionally, the Nine Lives of Ozzy Osbourne documentary is premiering September 7 on A&E.